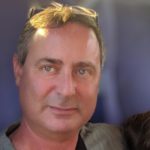 Martin Benjamin is the founder and director of Kamusi, an NGO dedicated to gathering linguistic data and setting that data to work within language technologies, with a major goal to include languages that are otherwise neglected in research and trade. He began Kamusi in 1994 as a sideline to a PhD in Anthropology at Yale, as a Swahili dictionary that was a very early online experiment in what would later be termed “crowdsourcing”.

In response to demands from other African languages, he developed a model for multilingual lexicography through which languages interlink at a fine-grained semantic level. These knowledge-based relations undergird underfunded translation technologies he is currently building for all 7111 ISO-coded languages.

Among his writings, he is the author of “Teach You Backwards: An In-Depth Study of Google Translate for 108 Languages“, an empirical investigation of Google’s results in the context of larger questions pertaining to the enterprise of Machine Translation. His lab is now seated at the Swiss EdTech Collider at EPFL in Lausanne.

How AI Cured Coronavirus and Delivered Universal Translation, and Other MT Myths and Magic

Artificial Intelligence, Neural Networks, and Machine Learning are often viewed as the launchpad to the future throughout the information technology industry. Research in language technology, especially Machine Translation, has steered increasingly toward these topics. The popular press magnifies the enthusiasm, leading many in the public to believe that universal translation has arrived, or is just around the corner. To what extent is this enthusiasm warranted?

AI is eminently suited for some tasks, and ill-fitted for others. Through analysis of mounds of weather data, for example, AI can detect patterns and make predictions far beyond traditional observational forecasts. On the other hand, an AI-based dating app would surely fail to connect would-be lovebirds beyond a few of the sci-fi faithful, because finding a match involves far too many variables that cannot be constituted as operable data.

Within language technology, tasks that are suitable for AI include finding multiword expression (MWE) candidates, or learning patterns that can predict grammatical transformations. Unsuitable tasks include deciding what word clusters are legitimate MWEs, or how underlying ideas could be effectively rendered in other languages without vast troves of parallel data. Yet the success, or hint thereof, for AI to achieve some Natural Language Processing (NLP) tasks has been frequently transmogrified as near-mastery of translation by computer science.

The assumptions about what AI can do for MT are built on several myths:

Although AI is still in its infancy for translation and other NLP, we know its nutritional needs to grow toward maturity: data. This talk will conclude by describing two methods for collecting the data to power future MT. The first is already viable, using crowds to play games to provide terms for their languages, aligned semantically to a universal concept set. This method dispenses with the computational inferences about how words map across languages, in favor of natural intelligence. Such data can provide the bedrock vocabulary, including inflections and MWE’s, that hard-wired linguistic models and neural networks can then use to achieve grammatically and syntactically acceptable equivalence in other languages within the system.

The second method is still in vitro. With vocabulary data in place, users can currently tag their intended sense of a word or MWE on the source side, constricting translations to terms that share the same sense. Those tags can become a rich vein of sense-disambiguated data from which machines can truly learn. AI cannot now translate among most languages, in most contexts, but, with sufficient well-specified, well-aligned data, it could.