Organization for Economic Cooperation and Development 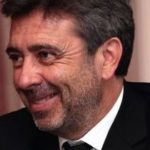 Juan José is a lecturer at Alfonso X el Sabio University (Madrid), he lectures on Translation Revision and Review, Localisation, Translation Project Management and Translation Company Creation subjects, and is the Academic Director of a 360 hour localisation post-graduation course on localisation and translation-applied technology. He is also a professional advisor for future graduates in that university, and is very active in numerous post graduate activities at various universities. 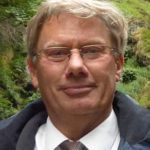 David Chambers worked for over 20 years with the World Intellectual Property Organization (WIPO), a specialised agency of the United Nations in Geneva, initially as Head of the Patent Translation Section and subsequently as Head of the Language Division responsible for the Organization’s translation and interpretation activities.

This followed an earlier career as translator, interpreter, and head of translation sections in the private sector. He has always shown keen interest in the development of computer assisted translation tools, and developed their practical application for the specific type of translation work at WIPO.

In 2000, he presented a paper at the 22nd annual Translating and the Computer Conference (TC22) on Automatic Bilingual Terminology Extraction – a Practical Approach, outlining work done at WIPO in this context in the field of patent translation.

Recently retired, he continues to take an active interest in computer systems and translation technologies.

He holds a BA (Hons) in Applied Language Studies and is a Member of the Chartered Institute of Linguists.

Organization for Economic Cooperation and Development

Caroline Champsaur has been working at the OECD for almost 20 years as the Head of the Reference and Terminology Unit (Translation Division). Over the years, she led the change from paper to digital. As a Counsellor for Digital, she also manages projects on Terminology and Machine Translation and participates to several projects of OECD’s Digital Strategy. 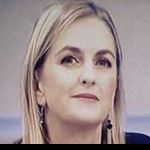 Eleanor Cornelius is an associate professor and head of the Department of Linguistics at the University of Johannesburg. She holds a doctoral degree in Applied Linguistics from the same institution.

Eleanor has read papers at numerous local and international language and linguistics conferences. She also regularly presents workshops in academic and corporate contexts on the topic of Plain Language. She is often called upon to review papers for publication in scholarly journals and to act as external examiner for undergraduate modules and postgraduate studies at other universities.

She serves on the Council of the International Federation of Translators (FIT). In addition, she is the vice-chair of the South African Translators’ Institute (SATI), a SATI accredited simultaneous interpreter in two directions, a member of the Accreditation Committee of SATI, a member of the Linguistic Society of South Africa (LSSA) and a member of the South African Applied Linguistic Association (SAALA). Eleanor is also a founding member of ATSA (African Translation Studies Association), which was estabished in 2016. Eleanor is also the liaison between DFKI (a Germany-based company dealing with MT and AI) and FIT on the QT21 project.
Her research interests include legal translation, interpreting, plain language, the language of the law and, more recently, the impact of MT on the translation profession. 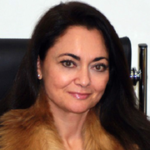 Published and cited extensively, member of several international and national editorial and scientific committees. Spanish delegate for AEN/CTN 174 and CEN/BTTF 138, actively involved in the development of the UNE-EN 15038:2006 and currently involved in the future ISO Standard (ISO TC37/SC2-WG6 “Translation and Interpreting”), where she is in charge of ISO/AWI 20539 (Translation, interpreting and related technology – Vocabulary) and ISO/DIS 18841 (Interpreting services – General requirements and recommendations).

Extensive experience in evaluation programmes (institutional evaluation, verification, monitoring, accreditation). President of the Evaluation and Verification Commission of the Arts and Humanities field at Fundación para el Conocimiento Madrid and member of the specific committee for doctorate programmes at AQU. Evaluator for ANECA and other evaluation agencies (AQU, ACCUEE, DEVA). She also collaborates regularly as evaluator for the Spanish Ministry in various R&D and youth employment programmes.

She has recently been awarded the “2017 Farola Award” in the field of New Technologies, given by the Andalusian Women’s Institute, Junta de Andalucía.

President of AIETI (Iberian Association of Translation and Interpreting Studies, 2015-2017), Vice-President of AMIT-A (Association of Women in Science and Technology of Andalusia, 2014-2017), she is currently Director of the Department of Translation and Interpreting of the University of Málaga, Board member and member of the Advisory council of EUROPHRAS (European Society of Phraseology) and member of the Scientific council of AIETI. In addition, she belongs as a life member to the Presidential Committee of AIETI, which is an advisory body of the association. 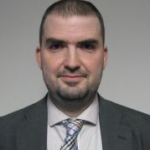 David held research scholarships at universities in Vienna, Hamburg and Geneva, and graduated in 2004 from Brno University with a Ph.D. in Analytic Philosophy. David also holds master’s degrees in Philosophy, Art History, Theory of Art and German Philology. 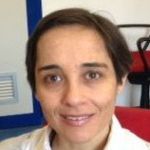 Camelia Ignat is a scientific and technical officer in JRC – EC working on the European Media Monitoring (EMM) Machine Translation System. She is in charge with implementing and improving an SMT system based on Moses and optimized for news domain and she provides technical and scientific support to the text analyzing activities in the Text and Data Mining Unit.

With a university degree in Mathematics and Computer Science, she is working in computational linguistics since 1995. During this period, she was involved in a large number of projects (the majority for the EU Commission), leading to the development of different NLP applications. She worked on text gathering, analysis and visualisation tools with a focus on high multilinguality, on multilingual and multi-document information aggregation.

With more than 25 publications in peer-reviewed journals and international conferences, she holds Masters degrees in Cognitive Sciences and Language Sciences. In 2009, she was awarded a doctoral degree in Computer Science (Natural Language Processing) for research in machine translation at the University of Strasbourg, France. 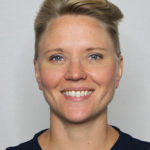 CEO of the Association of Translation Companies (ATC)

Translator, quality manager, ISO standards lead, production manager, Raisa McNab has had many different roles in the translation industry over the past 15 years.

Alongside her ATC role, Raisa continues to keep one foot firmly in the day-to-day operations of the language services industry through her Learning & Development Manager role at Sandberg Translation Partners (STP).

Raisa holds an MA in English and French Translation and Interpreting from her native Finland. 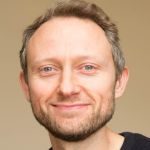 Joss Moorkens is an Assistant Professor at the School of Applied Language and Intercultural Studies at Dublin City University and a researcher affiliated with the ADAPT Centre and the Centre for Translation and Textual Studies. 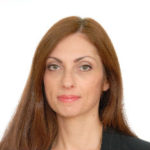 She has participated in several EU-funded projects, notably TraMOOC, Eurolect Observatory and Training Action for Legal Practitioners: Linguistic Skills and Translation in EU Competition Law, while she has edited several volumes and books on translation and published numerous articles in international journals and collective volumes. 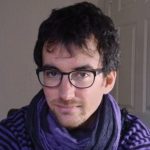 Antonio Toral is an assistant professor in Language Technology at the University of Groningen and was previously a research fellow in Machine Translation at Dublin City University. He has more than 15 years of research experience in academia, is the author of over 100 peer-reviewed publications and the coordinator of Abu-MaTran, a 4-year project funded by the European Commission. 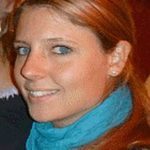 She advanced her education with study visits at the University of Iowa, Copenhagen Business School and Saarland University and gained further experience working at Lionbridge/CLS 4-Text, at Translated in Rome and at the European Parliament in Luxembourg.

In a product manager capacity, she later helped develop the TAUS Quality Dashboard – an industry-shared platform which visualizes translation quality and productivity data.

Currently based in Switzerland, she works as project manager in analytics for the leading private media group in the country. 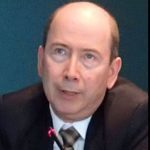 From January 1986 to July 1988, Software Engineer at the Techniques and Technologies Centre of the computer manufacturer BULL, Louveciennes, France

From September 1982 to December 1985, Software Engineer at CAT Group of the Institute of Training and Consulting on IT (IFCI), Grenoble, France

Teaching computer programming in Colombia and France in various institutes and universities.

Participated in several international conferences in the areas of computer engineering, machine translation, terminology, artificial intelligence and information retrieval, among which ASLIB London.

Doctor-engineer in Computer Engineering, Polytechnic National Institute of Grenoble (from November 1979 to May 1982). Subject of the thesis: “Study of Parallelism applied to Computer-Assisted Translation, PALE STAR: a parallel system”.

Diploma of Deepened Studies (D.E.A.) in Computer Science, Scientific and Medical University of Grenoble (from November 1978 to September 1979). Subject of the report: “Denotational Semantics and Implementation of an interpreter for an applicative computer language”.

Engineer in Systems and Computer Science, University of the Andes, Bogota (Colombia), (from January 1972 to January 1977). Subject of the end of studies project: “Implementation of an automatic generator of syntactical analyzers for LR (1) grammars as a tool for compiler construction”.

David Verhofstadt is Head of the French Translation Section at IAEA, the International Atomic Energy Agency, at its headquarters in Vienna, Austria. 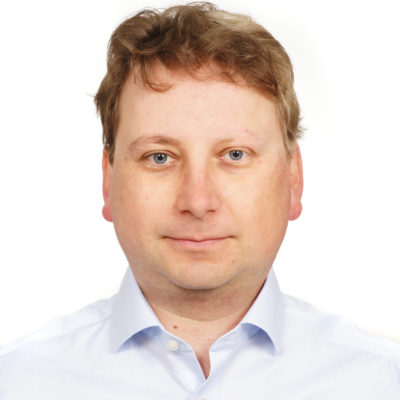 He has a degree in Computer Science and in Management, and profound experience in NLP, MT, CAT and terminology. His current focus at WIPO is Machine Translation and neural based NLP solutions. Michal has also been the author of the publication of the first official corpus of United Nations documents.

Previously, Michal worked for several years in one of Europe’s biggest data center before he started with the United Nations in New York in 2008 where he focused on multilingual systems and content. His later focus became translation related systems, in particular terminology, CAT and machine translation. At WIPO, beyond NMT, he is now involved in various projects on classification and speech recognition.

Michal speaks fluently English, French, German and Polish, and has a sound command of Spanish.

We use cookies to ensure that we give you the best experience on our website. If you continue to use this site we will assume that you are happy with it. Privacy policyOk