TC44 offers four non-commercial workshops. See below for abstracts and details of the workshop moderators.

Click here to switch to workshops offered by our sponsors 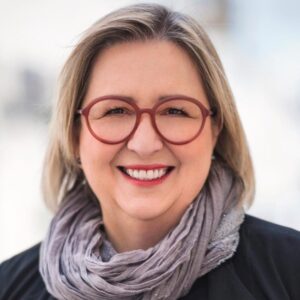 The benefits of content operations is an area that is just beginning to get the attention it deserves. This workshop will be an interactive session that demonstrates, with hands-on exercises, the benefits that can be gained through an efficient operating model at the source.

The corollary to an efficient operating model is more reliable interoperability, smoother automation, and scalability. The more that intelligent content principles are applied at the source, the more effective that localisation and the application of new technologies will be throughout the production lifecycle.

Rahel Ann Bailie is an Executive Consultant in the London, UK office of ICP, and a results-driven content strategist specializing in content operations. She has a strong track record of developing successful digital content projects, tackling the complexities of managing content for clients globally. Her strength is diagnostics: calculating how to use content to deliver compelling experiences and using content structure and standards for both operation efficiencies and as a way to increase ROI of product lifecycle content. Rahel is a Fellow of the STC, ISTC, and The RSA. She is a recognised thought leader in the content strategy field, having authored and contributed to several industry books, magazines, and academic journals. She presents at events worldwide and has been a guest on numerous podcasts and webinars. She also hosts the Let’s Talk ContentOps webinar series and teaches in the first ever Content Strategy Master’s Program at FH-Joanneum in Austria.

Workshop on Interpreters’ features in IATE 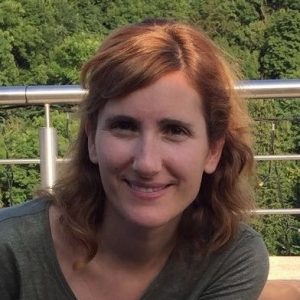 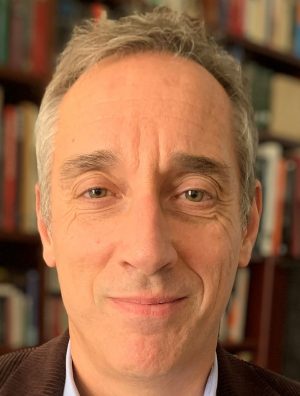 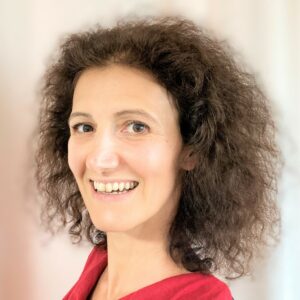 IATE, the European Union multilingual terminology database, has evolved continuously since the launch of its modern version in November 2018. The Translation Centre for the Bodies of the European Union, as project lead, and the IATE partners would like to present the recently developed search features covering interpreters’ needs. Most of the developments for interpreters have been done in the IATE standard search and the way results are displayed and information accessed. Interpreters can now search by multiple source languages, manage their search and display language combinations easily via user preferences, refine their results by the main filters with just a click, bookmark entries and save them in a favourites’ list, visualise results in a side-by-side view with compact information that can be expanded according to the needs, sort results alphabetically, and easily relaunch a new search based on the results. Project-related or thematic collections of entries are also easily filterable and accessible in full, and can even be shared via a URL. Data exports for offline consultation have also been simplified to cover interpreters’ needs. Accessibility aspects have been carefully implemented and tested by users of assistive technologies.

We envisage a live demo of the main features combined with explanations from interpreters involved in shaping them, and will welcome an open discussion with attendees to identify other areas that could be addressed to offer an efficient tool to interpreters.

After having worked as an in-house and freelance translator for almost 10 years, Paula Zorrilla Agut joined the Translation Centre for the Bodies of the European Union in 2008 as a terminology coordinator. In her 15 years of career at the Translation Centre in Luxembourg, Paula has worked as a terminology coordinator, translation workflow administrator, translator and coordinator of the IATE Support & Development Team. She was appointed IATE Tool Manager in September 2017 and also chairs the interinstitutional IATE Management Group.

Born in Sofia (Bulgaria), Nadezhda Krasteva-Schaefer studied law at the Sofia University and the University of Hamburg. She joined the European Parliament in 2007 and worked in the Bulgarian Translation Unit as a translator and reviser, mainly of legal texts, terminologist, Policy Sector Correspondent of Policy sectors BC and liaison on legal matters for Directorate B Translation and for the EP lawyer-linguists. In May 2021, Nadezhda followed her passion for terminology and joined the Terminology Coordination Unit in the EP, in which she works as a terminology coordinator and a general supervisor of the network “Terminology without Borders”. At interinstitutional level, she chairs the Central Terminology Coordinators and represents DG TRAD in the IATE Management Group and its workforces.

Workshop on the new Terminology Projects Module in IATE 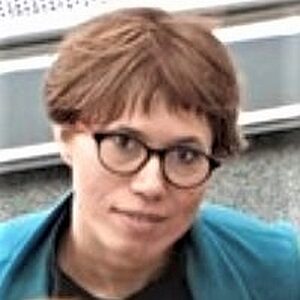 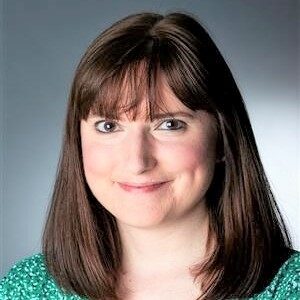 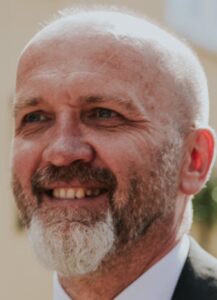 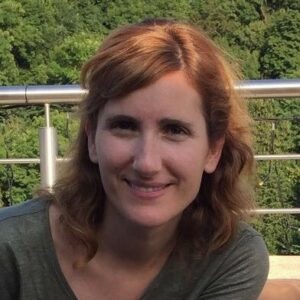 IATE, the European Union multilingual terminology database, has evolved continuously since the launch of its modern version in November 2018. The Translation Centre for the Bodies of the European Union, as project lead, and the IATE partners would like to present the recently developed Terminology Projects Module (TPM), which enables terminology coordinators to handle all the steps of their terminology projects within IATE. This new module offers an extensive list of metadata per project to cover the different needs of the 10 IATE partners. Project coordinators can create a preparatory material table with term candidates (coming for example from the IATE Term Extraction Module) or with already existing IATE entries (that require revision, consolidation, completion in specific languages, etc.). From this preparatory table, project coordinators can exploit numerous IATE features, including advanced duplicate detection, in order to prepare the anchor language of each concept before assigning tasks to the language terminologists. The finalised concepts are transferred to a project entries table, from which project coordinators can create assignments to teams or individual users, both EU staff or freelancers/experts. Assignees have a specific view and, for the first time, non-EU staff users have the possibility to edit content directly in the database. This module, released in several phases during 2022, will surely become the backbone to manage new and existing content in IATE. We envisage a live demo of the main features combined with explanations from central terminology coordinators.

After having worked as an in-house and freelance translator for almost 10 years, Paula Zorrilla Agut joined the Translation Centre for the Bodies of the European Union in 2008 as a terminology coordinator. In her 15 years of career at the Translation Centre in Luxembourg, Paula has worked as a terminology coordinator, translation workflow administrator, translator and coordinator of the IATE Support & Development Team. She was appointed IATE Tool Manager in September 2017 and also chairs the interinstitutional IATE Management Group.

Corina Ionescu holds a B.A. in Translation Studies from the Bucharest University (Romania) and an M.A. in Computational Linguistics from the Institut national des langues et civilisations
orientales (Paris, France). With a valuable experience in different areas of the language sector (translation, project management, quality assurance, CAT tools), she has been working
since 2017 as Terminology Coordinator with the Translation Centre for the Bodies of the European Union. In this capacity, she is responsible for terminology management and project
coordination, IATE interinstitutional representation and internal technical guidance.

Suzanne Boraston is a terminology coordinator in the Translation Service of the General Secretariat of the Council of the European Union (GSC). Her areas of responsibility include terminology
project coordination, IATE management and terminology training, and she is heading up the rollout
of the new IATE terminology projects module at the GSC. Before joining the Terminology Coordination team in April 2020, she worked for five years as a translator and terminologist in the
English language unit. She holds a degree in modern languages from the  University of Oxford and a Master’s in Translation Studies from the École Supérieure d’Interprètes et de Traducteurs.

In the private sector, John Kirby worked for several years as a translator, reviser, interpreter and technical writer. He also worked on machine translation systems at both Siemens and Langenscheidt. After moving to the public sector, he spent 15 years as a translator and reviser at the European Commission before moving in 2015 to the Commission Terminology Coordination unit, where his areas of responsibility include terminology project coordination, training and communication.

Workshop : Reference data: Building and using for your localisation projects 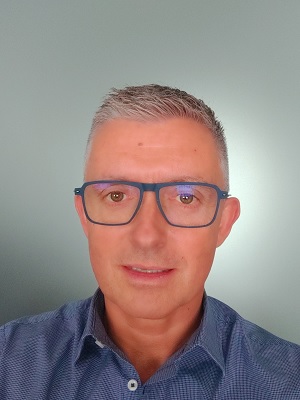 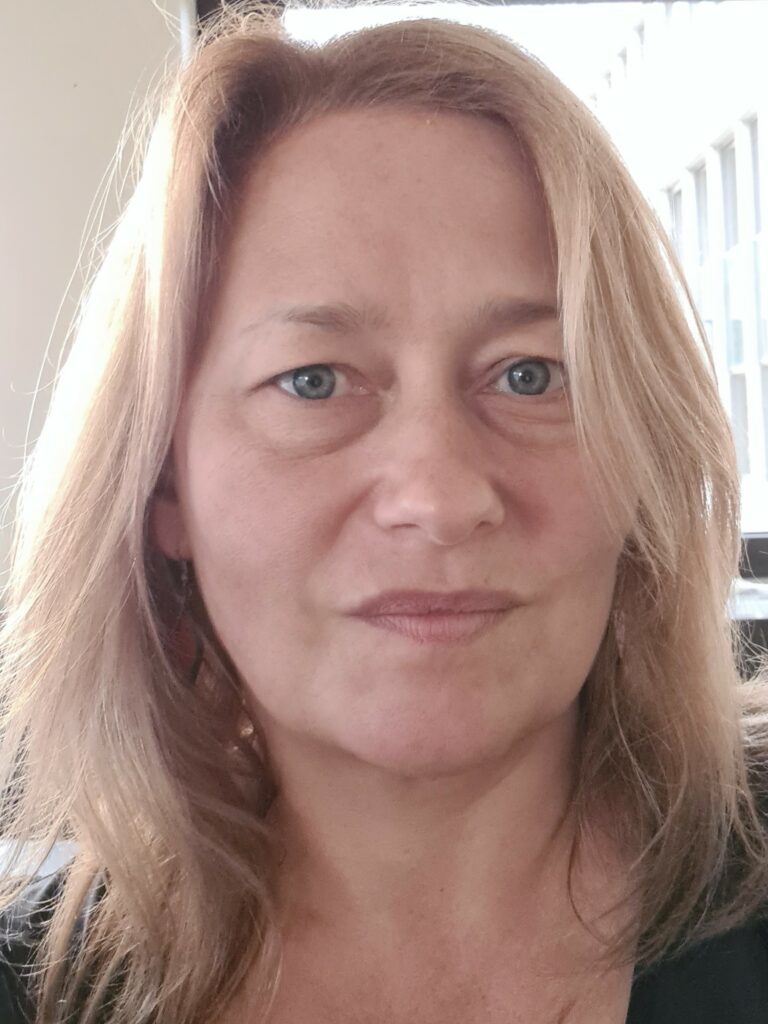 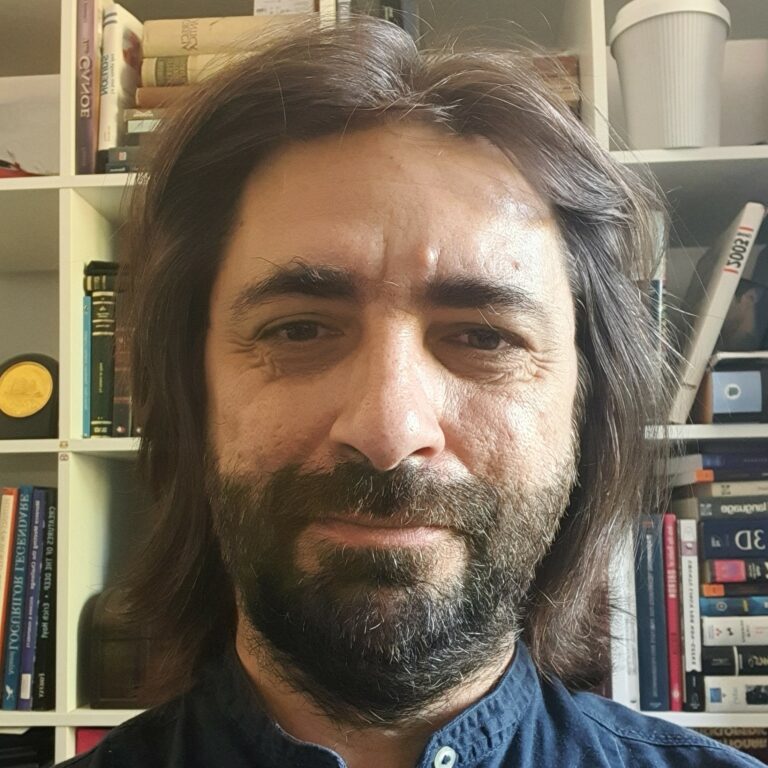 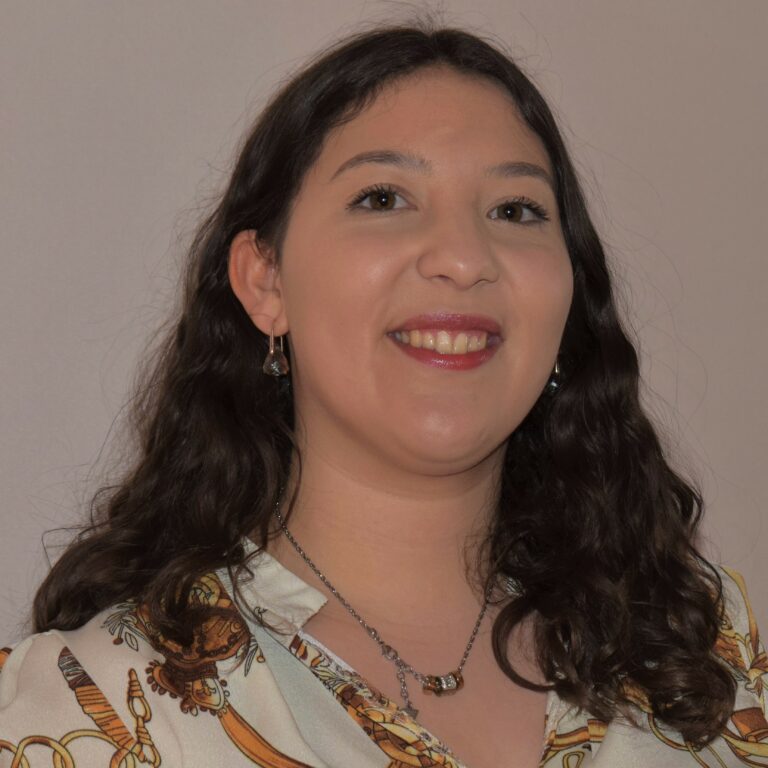 We propose to engage with a set of online open source and commercial tools that are offered by the Publications Office of the European Union for free use by EU institutions. Those tools are intended to support building modern reference datasets and terminology databases. We will explore how such datasets and databases are constructed, what are the elements that make them useful for translation teams and how you can use such datasets and tools to develop multilingual knowledge bases that can be used both for knowledge maintenance and to develop small and also large-scale multilingual applications.

Denis Dechandon
Denis Dechandon is an experienced tool and business manager with a demonstrated history of
working in in the government administration industry. His studies and professional activities focus on multilingualism, linguistics, translation, natural language processing and foreign languages, as well as semantic technologies, interoperability, knowledge organisation system creation and
maintenance, and process automation. Enhancing the semantic interoperability, enlarging the use of semantic technologies and supporting government administrations and national public services for creating, maintaining, enhancing and disseminating semantic assets and tools are at the very heart of the activities he is currently involved in, the ultimate purpose being to increase data flows, the sharing reuse of data, as well as to promote further developments in the field of Linguistic Linked Open Data.

Liena Muižniece
Liena Muižniece works in the Metadata and Reference Data sector of the Publications Office of the European Union. Her particular area of responsibility is maintenance of multilingual controlled vocabularies and management of the ATTO application – an online management service for all labels used by Publications Office‘s applications and websites. She has a background in philology, linguistic research, translation and software localization.

Mihai Paunescu
Mihai Paunescu is a semantic data consultant working with the Publications Office of the European Union. Active in the area of reference data management, structures and linked data he provides technical support for the ingestion, maintenance and dissemination of datasets published on the EU Vocabularies website and on the ShowVoc platform. He is particularly involved in linked data initiatives supporting the team in actions involving alignment, dissemination and support services.

Lucy Walhain
Lucy Walhain holds a Master’s Degree in Translation from the Université catholique de
Louvain-la-Neuve (UCLouvain). During her master, she specialised in terminology and localisation.
Since joining the Publications Office of the European Union, she contributes to the definition and implementation of standards and interoperability solutions in the metadata domain within the Publications Office and on the interinstitutional level and to the maintenance of controlled vocabularies such as EuroVoc.

This workshop will be built around three major tools used:

Lucy Walhain is the main support and user for VocBench,

Denis Dechandon will be the main moderator, but interaction and hands-on sessions will be “multifaceted” with active involvement of all co-author colleagues.

Workshops by our Sponsors will be described here below, soon 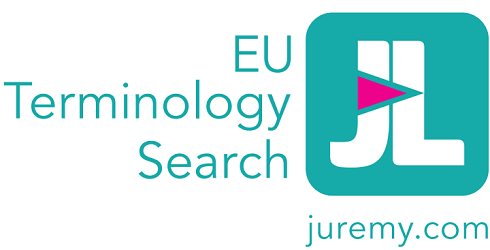